Otonokizaka High School is located between the neighborhoods of Akihabara, Kanda, and Jimbocho.
9 girls from this school formed a group, centered around the second-year student Honoka Kosaka.This group, called μ's (Muse), has been gaining popularity both inside and outside of the school!
Now you have been asked to help this busy young group of school idols with their idol activities!Help them perform successful Live Shows and recruit new members as they gain even more popularity! 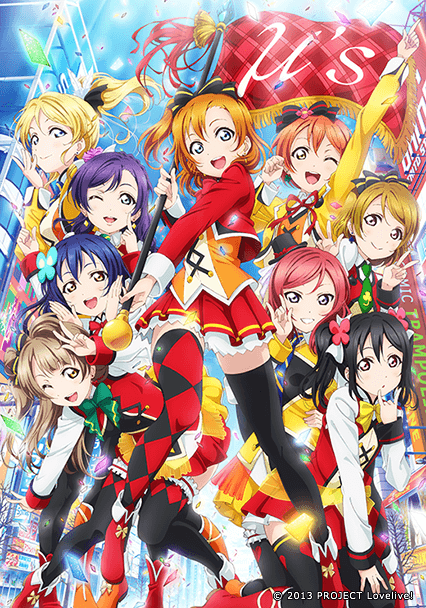 "Love Live!" is a cross-media project based on the concept "a story that makes our dreams come true." A youth drama that follows nine high school girls who form an idol group in an attempt to save their school, it has been adapted for various media, including an animated TV series, music CDs and animated videos, magazines, comics, mobile phone applications, and card games. Love Live! has also featured in radio programs, live video streams via the Japanese video sharing website NicoNico, and in live concerts and events hosted by the voice cast.
The first season of the “Love Live! School Idol Project” TV anime series was aired in Japan from January to March 2014, and the second season from April to June 2014. A feature length anime movie, "Love Live! The School Idol Movie," opened at theaters in Japan on June 13, 2015, and has been a massive hit, with over 2 million customers and box office takings now exceeding 2.8 billion yen.

Uranohoshi Girls' High School, a private school in the seaside neighborhood of Uchiura at Numazu city, Shizuoka prefecture.
A small high school in a corner of Suruga Bay, it is home to nine teens, led by second-year student Chika Takami, driven by one seriously big dream:
To become the next generation of bright, sparkling “school idols”!
As long as we don't give up, any dream can come true... All we have to do now is keep pushing hard for glory!
Now their “School Idol Project” begins to make their dreams come true! 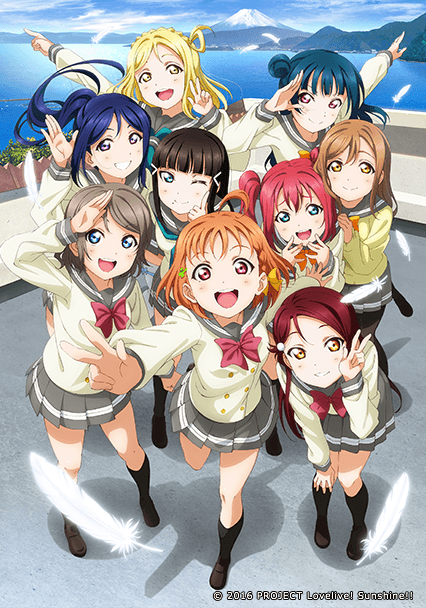 The cross-media school idol project based on the new “story which we make our dreams come true.” The school idol group “Aqours” (pronounced as “aqua”) formed in Uchiura, Numazu-city, Shizuoka Prefecture is spread among different types of media including CD releases with animation trailer video in DVD & Blu-ray, events, magazines, and smart phone applications.
The project started in April 2015 in DENGEKI G's Magazine. The first single “Kimino Kokorowa Kagayaiterukai?” was released in October 2015. The second single “Koini Naritai AQUARIUM” followed in April 2016. The unit single CDs were released one by one starting from May 2016. The TV anime series started airing in July 2016!